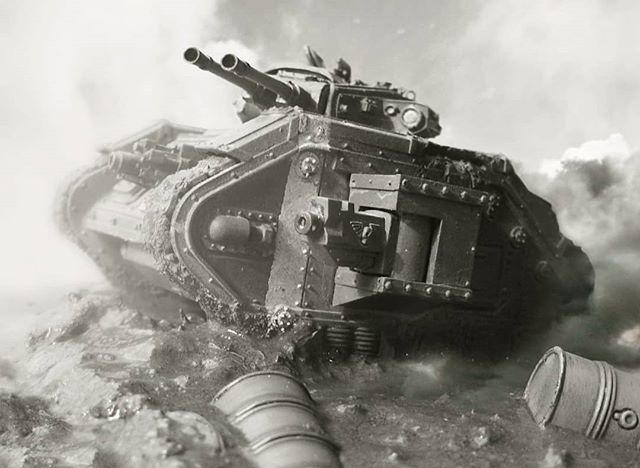 Hard to believe it’s been a year since our first TANKS-Giving event at Drawbridge games. Similar to last year (https://cryptektactics.com/2021/09/26/tanks-giving/ ) it’s a chance for everyone to field a big mess of tanks and tank-like 40k vehicles in one big ‘ole scrum of a battle.

WHY: A motivation to paint tanks and cars of all types for our 40k armies, and then to field them in one glorious free-for-all battle. Fun at the event, motivation for painting new things, and prizes!

WHAT: Players can bring up to 55 PL of tanks and sorta-tank-like vehicles (see full list below). All models must be painted to tabletop standard. The things you field DO NOT need to have the same keyword! So if you want to field a Land Raider next to a Rukkatrukk Squiggbuggy and a Dark Eldar Ravager, well… do it. No HQ, character, or named vehicles allowed. This year we are allowing Lord of War choices, so paint up them big behemoths if you want. Also, this is a shooting war–so while some tanks have melee options there will be no charge or combat phases, to keep things rolling nice and smooth. As always, if I missed something just contact me on socials and verify if it’s permitted.

HOW: There will be a door prize raffle with some great 40k prizes as always for our big events. The one announced prize will be the living tank himself, a Ghazgkhull Thraka. But that’s certainly not all! Everyone who shows up with a painted force, from a single tank to a full 50 PL of mixed vehicles from various factions, gets one name entry. For each newly-painted (painted for this event specifically) model, you’ll get an extra ticket with your name in the prize drawing. The winner (last tank or team of tanks standing) will get five extra tickets with their name in the drawing. And we’ll vote for best painted single model as well as best painted overall tank-squad, winner of both getting extra entries to the drawing as well. As for the game, we’ll use the playing card system as often is the case with our big events: each round every player will be dealt a card that will determine turn order.

WHO: You! Entry is $5 for Drawbridge Gatecrasher Members (only $35 for the entire year, and includes 10% discount on all purchases for that year plus 20% on select pre-orders), and $7 for General Admission.

So what can you bring? Well, things with tracks and wheels mostly, but certainly skimmer tanks too. There are a few exceptions for armies that have limited options (e.g. Tyranids get their two gun-focused bio-beasts, and some forces get sorta-walker-but-still-tank options like the AdMech Dunecrawler). Forgeworld and super-heavies are welcome, just let me know in advance to double-check.

Models are straight off of the datasheet, so no faction rules (e.g. Legion, Chapter, Dynasty, Hive Fleet, etc.). No command points or strategems, nor relics or non-datasheet upgrades (e.g. Ork Kustom Jobs). If a model’s datasheet has a synergy rule for other models, then it works only on models from the same Codex.

It was a great event last year, so I’m excited to see if we can top the turnout both in players and models both this year. Again, you can bring combinations across different factions as you’d like. So it’s a great time to experiment with something new alongside an existing force, or make progress on a few projects you’ve got sitting in the pile of shame. I’m looking forward to seeing just how much armored fury we can muster!